According to Wikipedia: “The term “democracy” appeared in the 5th century BC to denote the political systems then existing in Greek city-states, notably Athens, to mean “rule of the people”, in contrast to aristocracy meaning “rule of an elite”. While theoretically, these definitions are in opposition, in practice the distinction has been blurred historically. The political system of Classical Athens, for example, granted democratic citizenship to free men and excluded slaves and women from political participation. In virtually all democratic governments throughout ancient and modern history, democratic citizenship consisted of an elite class, until full enfranchisement was won for all adult citizens in most modern democracies through the suffrage movements of the 19th and 20th centuries.“

“No consensus exists on how to define democracy, but legal equality, political freedom, and rule of law have been identified as important characteristics.“

“According to American political scientist Larry Diamond, democracy consists of four key elements: a political system for choosing and replacing the government through free and fair elections; the active participation of the people, as citizens, in politics and civic life; protection of the human rights of all citizens; a rule of law, in which the laws and procedures apply equally to all citizens.“

“Democracy has taken a number of forms, both in theory and practice. Some varieties of democracy provide better representation and more freedom for their citizens than others. However, if any democracy is not structured to prohibit the government from excluding the people from the legislative process, or any branch of government from altering the separation of powers in its favor, then a branch of the system can accumulate too much power and destroy the democracy.”

“Prevalent day-to-day decision making of democracies is the majority rule, though other decision making approaches like supermajority and consensus have been equally integral to democracies. They serve the crucial purpose of inclusiveness and broader legitimacy on sensitive issues, counterbalancing majoritarianism, and therefore mostly take precedence on a constitutional level.“

“In the common variant of liberal democracy, the powers of the majority are exercised within the framework of a representative democracy, but the constitution limits the majority and protects the minority, usually through the enjoyment by all of certain individual rights, e.g. freedom of speech, or freedom of association.“

According to Wikipedia, “The term “capitalist“, meaning an owner of capital, appears earlier than the term “capitalism” and dates to the mid-17th century. “Capitalism” is derived from capital, which evolved from capitale, a late Latin word based on caput, meaning “head”—which is also the origin of “chattel” and “cattle” in the sense of movable property (only much later to refer only to livestock). Capitale emerged in the 12th to 13th centuries to refer to funds, stock of merchandise, sum of money or money carrying interest. By 1283, it was used in the sense of the capital assets of a trading firm and was often interchanged with other words—wealth, money, funds, goods, assets, property and so on.“

“The initial use of the term “capitalism” in its modern sense is attributed to Louis Blanc in 1850 (“What I call ‘capitalism’ that is to say the appropriation of capital by some to the exclusion of others”) and Pierre-Joseph Proudhon in 1861 (“Economic and social regime in which capital, the source of income, does not generally belong to those who make it work through their labor”).“

“There are many variants of capitalism in existence… They vary in their institutional makeup and by their economic policies. The common features among all the different forms of capitalism are that they are predominantly based on the private ownership of the means of production and the production of goods and services for profit; the market-based allocation of resources; and the accumulation of capital.“

If democracy is the “rule of the people” and capitalism is determined by “every owner of wealth” we can see how the two would work in direct opposition to one another without the proper checks and balances of a healthy constitution and bill of rights, with policies and systems that reflect, uphold, and defend equally the human rights of all individuals within that society.

The epitome of a capitalistic society would be to elect businesspersons to oversee a nation, thus emphasizing“…the purpose of generating cash flow, sales, and revenue by utilizing a combination of human, financial, intellectual and physical capital with a view to fueling economic development and growth“, above and beyond the health and welfare of the individual inhabitants and citizenry of that nation. This is seen in the U.S. at our nation’s founding when the wealthy white land-owning founders (with slave owners outnumbering non-slave owners 2-1) married capitalism and slavery to a republic style of government with limited democracy (primarily only white male landowners had the vote – really more of an aristocracy) to create the robust economy upon which our nation was built and, to a real degree, continues to build financially.

‘Some people continue to defend trickle-down theories which assume that economic growth, encouraged by a free market, will inevitably succeed in bringing about greater justice and inclusiveness in the world. This opinion, which has never been confirmed by the facts, expresses a crude and naive trust in the goodness of those wielding economic power and in the sacralized workings of the prevailing economic system. Meanwhile, the excluded are still waiting.”“

From a Christian perspective, the pursuit of money over and above the pursuit of God and the well-being of humanity (with whom God is primarily concerned) is idolatry.

Jesus said: “No one can serve two masters. Either you will hate the one and love the other, or you will be devoted to the one and despise the other. You cannot serve both God and money.” Matthew 6:24

In Ezekiel 16:29 the Lord refers to Babylon as “a land of merchants” with whom Jerusalem is promiscuous. In Revelation 18 it’s the kings, the merchants, and the sea traders alone who vocally mourn the destruction of Babylon; the representative of earthly luxury and pride built upon cruelty and greed, violence and enslavement. idolatry and adultery. It is the only corporate target of the Lord’s final judgment in Revelation and yet we exalt the acquiring of wealth as the pinnacle of everything good and so admire the wealthy that we regularly elect them to rule over us. We glorify wealth, aspire to it, work feverishly at it, gladly reduce others to poverty for it, even kill, steal and destroy to obtain it. As Christians this cannot not be the goal of our existence as no healthy – and certainly no holy – society can ever be built upon the backs or at the demise of others.

In Isaiah 55, the Lord says, “Come, all you who are thirsty, come to the waters; and you who have no money, come, buy and eat! Come, buy wine and milk without money and without cost. Why spend money on what is not bread, and your labor on what does not satisfy? Listen, listen to Me, and eat what is good, and you will delight in the richest of fare. Give ear and come to Me; listen, that you may live.“

This invitation is a prelude to the New Jerusalem in Revelation where abundant food and leaves for the healing of the nations are available to all from the Tree of Life which lines the river flowing from the throne of God. No money necessary, and consequently “..no mourning or crying or pain, for the old order of things has passed away.” All are supplied out of the abundance of God. All are carried and cared for equally by God’s great eternal love.

“Well, that’s not now.” you might reply, and you would be correct. But correction is what is needed for systems and policies that fail 90% of our nation’s citizenry and 99% of the world’s, with 1 percent of the world’s population now owning more than half of the world’s wealth.

If God thought humanity important enough to send His Son to die for, it would follow that we should pay pretty close attention to the predicaments of those same humans and act for deep and lasting change. Change that would create a healthier more equitable society for all the inhabitants of our nation and planet. This is the prophetically declared will of our God who raises the valleys and brings down the mountains so that the inhabitants of earth experience together, on a level plain: the revelation of the Lord reflecting on earth what is in heaven.

But as a former dentist of mine once declared, “There are plenty of people” (so it’s no loss if some of them die from poverty). Really.

If we are to thrive, or even continue, we will need to identify, address and intentionally overhaul a system and society founded on the acquisition of wealth for a few at the expense of the many, embracing a more perfect and holy union of equality and justice for all.

Hit the link and join us for Worship! 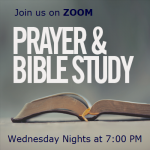 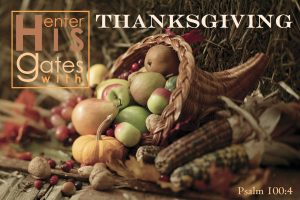